Be Strong to Be Helpful

“Be Strong to be Helpful” was the phrase that really stuck out to me upon my first encounter with Danny Clark from MovNat when I was taking my MovNat Level 1 certification. To say that this phrase greatly influenced my approach to fitness from that day forward is an understatement. We have all heard the term “functional fitness,” but what does it truly mean? For me, this meant that if you have been going to the gym over and over again dedicating yourself to getting stronger and building muscle, can you apply and use that strength in a real-world setting? If there was a downed tree in your driveway, can you lift it up and get it out of the way? If you went on a hike with a friend and that friend hurt their leg and could no longer walk, could you carry your friend back down to safety? This was the gist of that statement and the guiding principle behind MovNat’s approach towards fitness. Since then I have viewed fitness as a means to increase capacity for real-world objectives. I read the following article posted on September 3rd on MovNat’s official website. With their permission, I am republishing their original article written by MovNat founder Erwan Le Corre. I hope you enjoy the read and find it as valuable as I do.

There’s a very interesting nuance between calling a movement or drill “useful” and calling it “usable.”

Unless it’s bio-mechanically compromising to most human beings, or counterproductive to the physiological health or physical performance of a given individual, we can safely say that all movements are useful in some way or another.

As a matter of fact, we know that the particular strength generated by such isolation drills were it to be indirectly useful to Natural Movement performance, can without a doubt be acquired through natural movements, which offer not only many specific physiological benefits but the development of practical skills as well.

In MovNat, we train movements for the most part “as is”, organically developing the very specific physiological adaptations that perfectly support performance in those movements. Why complicate and waste time and energy, right? We know that all-natural movements are DIRECTLY useful and that makes a big difference with those that are only indirectly so.

Now, are all movements USABLE for and in the real world? Just look at the specific movements in question and you should be able to tell; if you’re scratching your head wondering what the movement could possibly be useful for in the real world, it may be physiologically useful, but it’s likely NOT USABLE as is.

For example, both a biceps curl and a leg extension machine provide useful exercises in that they both build strength, but their practicality and usability in a real-world context could easily be called into question, as is the case with many exercise machines.

Whereas, with usability, there’s a notion of potential INSTANT AVAILABILITY for and PRACTICAL APPLICABILITY to the real world.

Take jumping, for instance. Yes, there are certainly many useful physiological benefits to be gained from jumping, such as strength and power development. But jumping is also usable to clear a gap or distance quickly. Say, jumping over a puddle from a curb. Or, safely crossing river stones. That means jumping, being a natural movement, is both useful and usable. Whereas, we are unlikely to need to perform leg extensions in any natural setting or everyday life situation.

You see, “usable” is a little more straightforward than useful. It’s a good word to use – literally – but also to gauge the directness, or lack thereof, of the usefulness of any movement you do.

But let’s go a step further.

At MovNat, practicality and usability are just the beginning. Because developing your Natural Movement skills and conditioning is simply a means toward attaining the higher purpose of becoming not just more useful and usable, but more helpful, too.

French physical education pioneer, Georges Hébert, coined the phrase “Être fort pour être utile”. That is, “be strong to be useful.” While MovNat has some roots in the work of Hébert and his predecessors, we have adapted this motto into “be strong to be helpful” to better reflect our vision of making the world a more connected and cooperative place through the practice of Natural Movement.

It’s this deeper goal centered on helping and serving others that sets MovNat apart.

There are more exercise methods currently available than ever before (e.g. parkour, yoga, etc.). The vast majority of them emphasize usefulness, not usability. That doesn’t mean these methods are useless. Certainly not! Many MovNat students also practice these activities for their unique and valuable benefits. But if you want to become fit, capable, and strong to be helpful, then your training must be USABLE.

MovNat is the only method of fitness and physical education that centrally focuses on natural, practical, and usable movements to help you safely and progressively build real-world fitness. Take the next step in your MovNat journey today, and become a more capable and helpful person. For yourself. And for others.

CLIENTEL3 is an official MovNat licensed facility. MovNat Level 1 and Level 2 Certifications will be hosted here this November. 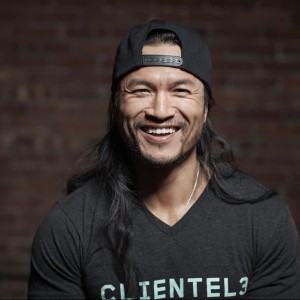 Education,Training
Comments Off on 10 ways fitness benefits your life